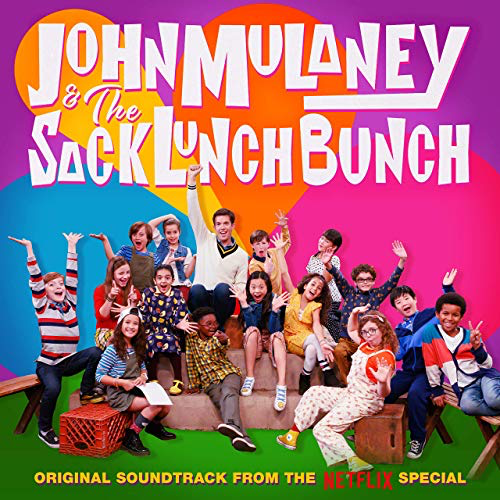 John Mulaney is one of the funniest comedians working today. Every one of his appearances on Saturday Night Live was episode-defining and two of his standup specials John Mulaney: The Comeback Kid and John Mulaney: Kid Gorgeous at Radio City included some of the most memorable bits of standup comedy of all time.

With his newest Netflix special John Mulaney and the Sack Lunch Bunch, the comedian goes in a more experimental direction. Instead of his typical sketch comedy appearance or standup format, this new special sees Mulaney hang out with a group of kids called the sack lunch bunch in a format that satirises childrens’ entertainment like Barney & Friends or Sesame Street.

Mulaney’s interactions with the children are priceless, and if the show had only been sketches between him and the children, the show would have been hysterical. For example, when a child asks Mulaney early on whether the special is going for an ironic or sincere tone, Mulaney responds that it will depend on how the special is received. If people think it’s good, they are being sincere, but if people don’t think it’s good, then they are being ironic. Jokes like this are the best part of the show.

In addition, the special uses short interviews of the children and guest stars describing their odd fears as transitions scenes between set pieces which works very well with the format. These are unscripted and some of what the kids and guest stars say is pure comedic gold.

Unfortunately, the special also features many songs, which were not very funny. While the childrens’ entertainment format that the special satirizes also includes a gratuitous use of songs, they ultimately make the special feel slow and drawn out. During each song, a child actor typically takes the lead and John Mulaney’s role diminishes.

There are many comedians who successfully use songs to deliver their jokes from Weird Al Yankovic to Bo Burnham, but John Mulaney is not one of them. The songs in John Mulaney and the Sack Lunch Bunch don’t really serve as vehicles for jokes like many good comedy songs, but rather they elaborate on the scope of a funny situation established prior in the sketch.

John Mulaney is such a funny comedian, but his strengths lie in standup and sketch comedy. His newest special is an experiment and parts of it work well, but parts of it also do not. Hopefully, Mulaney will use this experience to build on his strengths in future projects because he is such a talented comedian.