An Old but Still Gold Film 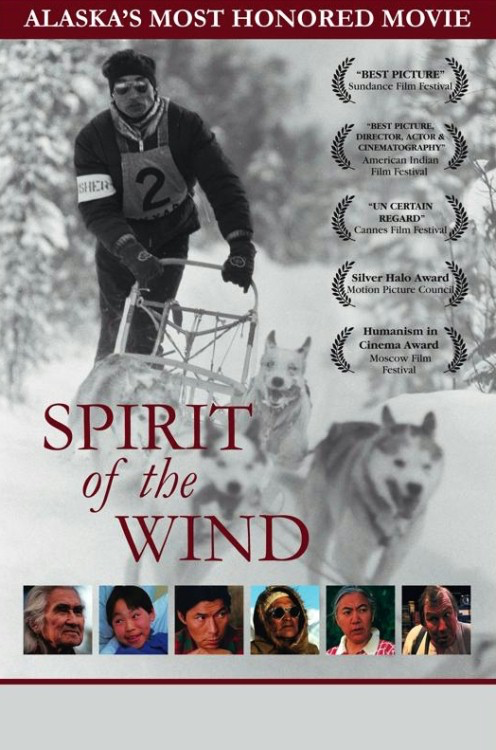 As humans begin to become more technologically advanced, many older aspects of life are slowly erased from our memories and lifestyles. Sadly older movies often get the short end of the stick. A once hit film from the 1900’s is oftentimes overlooked by the newest netflix addition. Spirit of the Wind happens to be one of those films.

Released in 1979, Spirit of the Wind is a touching true story based on a boy named George Attla. Unfortunately enough, George is diagnosed with tuberculosis, causing him to undergo seven painful years of treatment— leaving him with a permanently stiffened leg. When finally released back into the real world, George almost immediately finds that he won’t be able to return back to his former ways of life; which includes fishing and hunting for the most part. As both tasks required great agility, it was physically impossible for George to take part with only having control of one leg. After many failed attempts at getting a new job, George finds himself in a very depressive episode. Fortunately, a chance of a lifetime was suddenly placed at George’s feet, training sled dogs.

At the time, sled dogs were an all too popular lifestyle for many Alaskan natives, they were not only used for common necessities, but also for fun and enjoyment, for example, racing! George, who has no experience with any dogs whatsoever, somehow is miraculously able to train his dogs into racing huskies. Despite his minimal experience, George throws himself into the ring and travels to a town called Anchorage to test his skill levels against some of the best sled dog racers known to mankind. With all odds pointing against him, George still proceeded with the race. Win or lose? It is up to you to figure out!

Despite its age, the film does a wonderful job of compelling to the hearts of the viewers. Like any other movie, there are many key morals embedded within the film. A large one being to “never give up”. Even though George suffered many hardships, he was able to recover and rise back up! During the time of the pandemic, this is a much needed message for all of us. Don’t give up throughout our hardships! This is a perfect seasonal film to watch this December! Overall, I would rate Spirit of the Wind 4/5 gnomes.